I truly thought it would never come to this, but it seems that a huge amount of skateboarders have no idea which way their body is turning. So let's start with some basics. First off - look down at the front of your body, you know, the front side of you. If you see a tiny dick, or a pair of tits sticking out, then yes, that is your frontside. Now, have a look in the mirror at your yanked up ankle-swinging Dickies and check out your cute lil backside - yep, you guessed it, the backside of your body is indeed on the back side of your body. 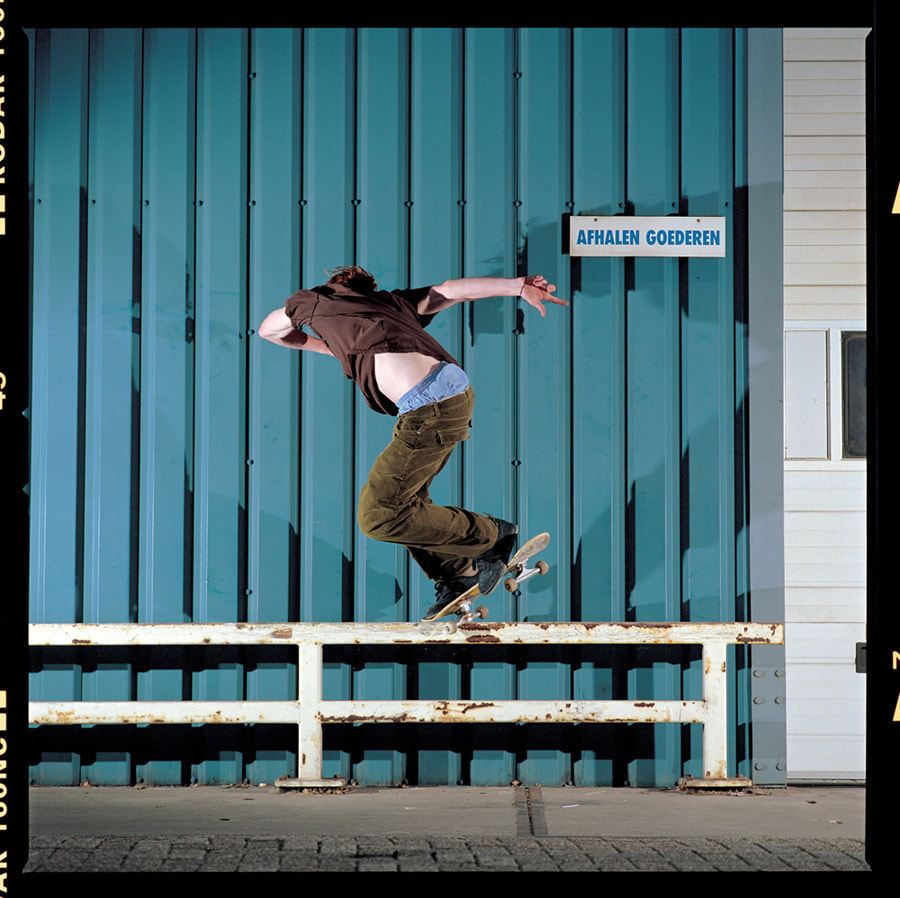 Ok... So with hugely complicated breakdown in mind, let's look at how this works as far as skateboarding goes. We will start with flatground tricks, so that next time you roll gormlessly up to someone and start shaking a fist at them in an attempt to play S.K.A.T.E you will at least know which direction your switchstance hyper-spastic donkey kick late-shoveit late-flip is spinning... 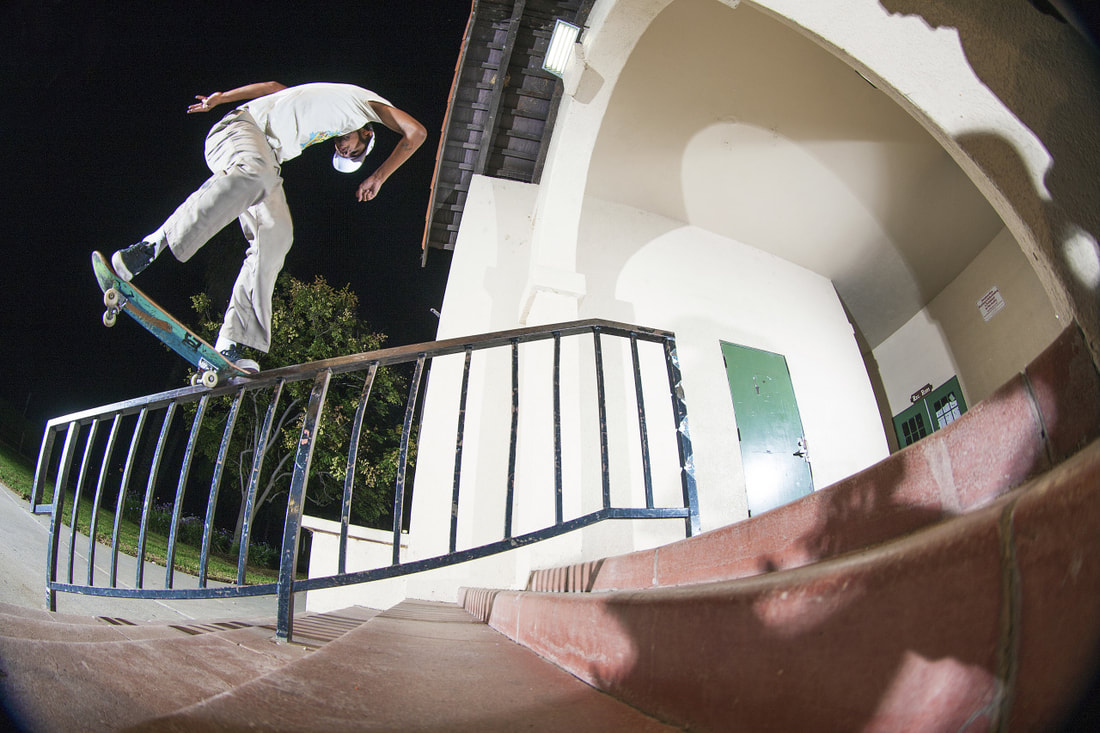 1/ If you are regular footed, and rolling forwards in your natural stance - EVERY time you turn clockwise, this will be a backside trick. Conversely, if you turn anti-clockwise on a flatground trick, this will ALWAYS be frontside. Goofy footers can reverse this rule (i.e clockwise = frontside, anti-clockwise = backside). 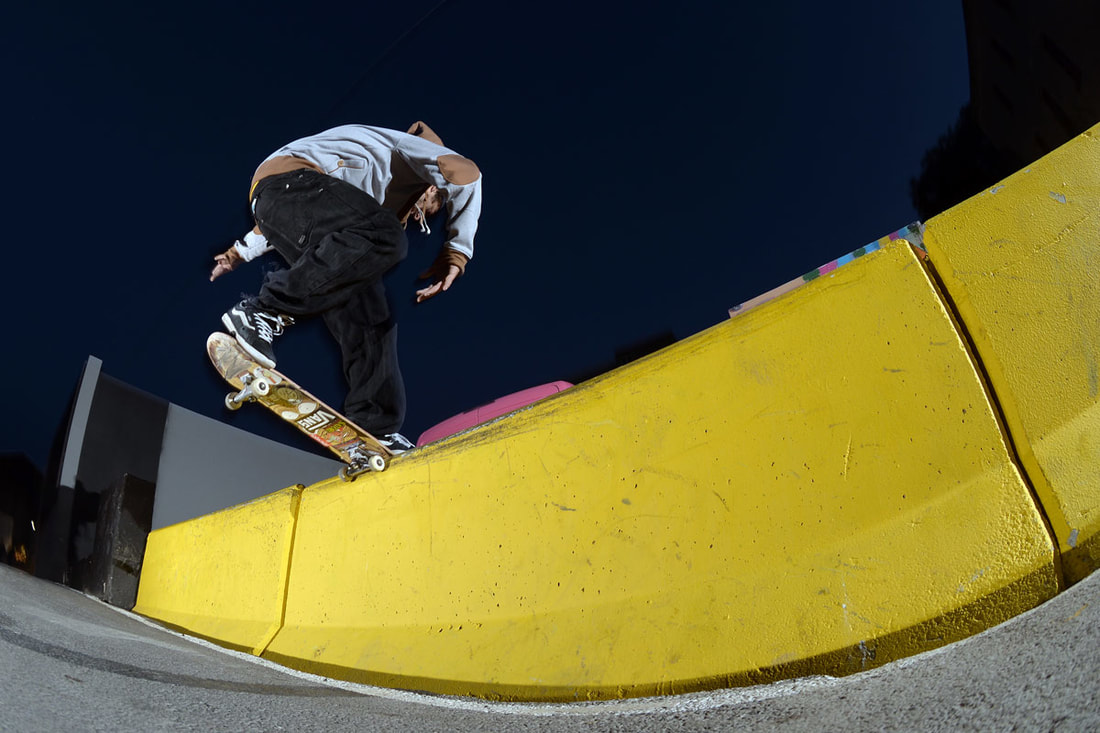 THIS, HOWEVER, IS A FRONTSIDE NOSESLIDE

​2/ What about if the trick is switchstance I hear you screaming from your computer? Well, open the window, take a deep breath, stop turning the bass up on your latest Insta clip, and listen up - the same fuckin' rules as above apply, just switch them around and pretend you are goofy if you are regular, and regular if you are goofy. Piece of piss to name the tricks, NOBODY cold get this mixed up, surely...

3/ Fakie and nollie. This throws a lot of people, but it shouldn't. Admittedly, things could seem confusing when you look at, say, a frontside halfcab, and a backside nollie - that from a layman's perspective look identical. The thing is though, skateboarding got technical, and so did the terminology - so please go with the flow here. Rolling backwards and doing a frontside 180 - is still frontside. A backside nollie however, is using your opposite stance so things got flipped turned upside down, and I'd like to take a minute - just sit right there, I'll tell you how I beca... shit, where was I? Oh yeah, nollies... Well in short, when doing nollie tricks, you are still rolling forwards, just like you are when you are doing regular footed tricks - so if something was a backside 180 ollie, the nollie version turning in that same direction is also backside. I can slightly understand how this has perplexed some people in the past, but let the befuddlement end now, as it is a simple as this:

When rolling backwards, whether your back foot is on the tail (fakie) or your front foot is on your nose (switch) the rules from section 3 are still the same.

4/ Now, when skating a ledge - this really fucks people's heads up, but it should be the simplest of them all. If you are rolling towards the ledge rolling forwards (either regular footed or nollie) and the ledge is in front of you - then the trick you do, (ANY trick that turns towards the ledge) will ALWAYS be frontside. Therefore if you roll forwards towards a block and it is behind you, any regular or nollie trick that turns towards the ledge will, 100%, no questions always be backside.
Now, if you decide to turn a full 180 into the trick (i.e 180 to fakie nose grind) this will obviously change things, as you land on the ledge fakie), or if you want to get your Sucio on and start doing stuff the hard-way, twisting around in wild positions in the opposite direction - away from the ledge, this, again, will of course confuse things, but if you are good enough to do tricks like this, then I hope to Hitchens that you, at that point, can name a fucking trick.
​As per the flatland stuff, fakie changes things up a bit - for instance if you roll backwards towards a block, and the block is behind you, and do a frontside halfcab into a frontside noseslide, that is of course frontside. (Confusingly, if you don't turn at all here, and simply land in a fakie nose grind on the ledge while travelling in that same direction, then it is a 'fakie backside nosegrind', but don't worry too much about non-turning tricks, as the names don't change apart from adding the words fakie or nollie where necessary). 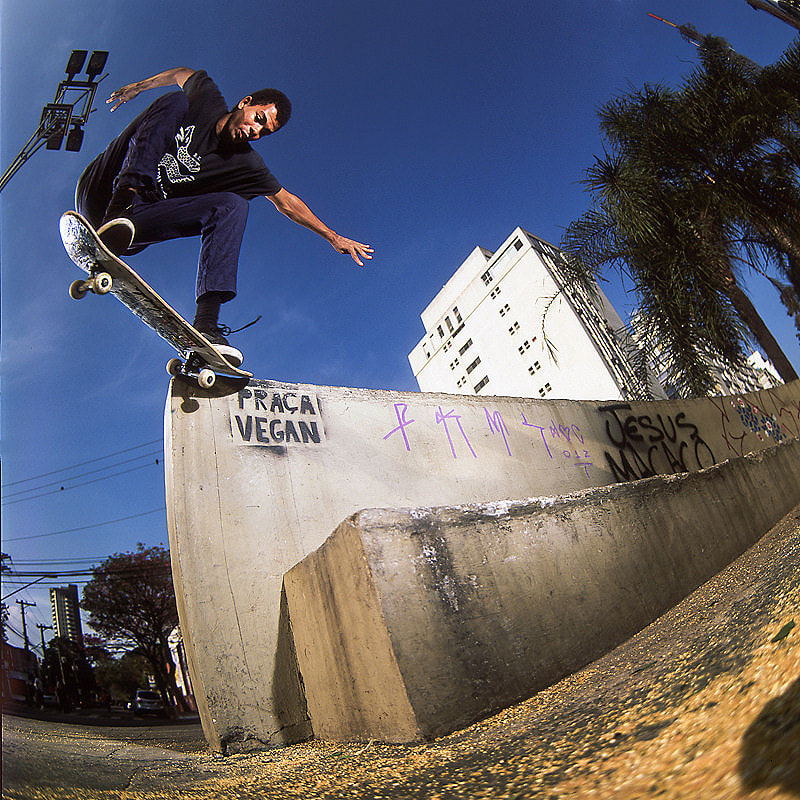 ​Think of a ledge as the same as coping, or earlier - the top of a wave. The terms frontside and backside were created when everyone attacked things forwards, and were very hard for anyone to mix up. If Lee Ralph slashed up the lip and the people on the platform could see his smiling toothless grin inside his Protec, and he could see them - then they were looking at his frontside, and if they just saw Monty Nolder's bum as he Smith grinded whilst looking into the ramp, then they were staring at his backside. Capiche?

Reading this back, I realise I could sound like the moodiest old man sitting on the edge of the skatepark, talking about how things were better in my day, and blah blah, but it's not that at all